The restoration and preservation of Red Arrow Trolley Car #23

to its original appearance is a fascinating project. It is perhaps a unique instance where you have a 1949 structure which spent its entire operating life serving communities within Delaware County, was decommissioned, sold and relocated in 1982, and then in 2015 “came home” to a community where it not only served, but now sits only feet away from where one of its Car Stops was once located.

Car #23 ran in regular service until 1982, when it and all of the older trolley cars were replaced
with new ones and the cars were sold or scrapped. Car #23 was sold by SEPTA to a museum who
had hoped to restore and run it, but were never able to. It sat unused for years in storage and
gradually deteriorated. Eventually usable parts were removed from it to help save some of its six
remaining “sister” cars, and #23 looked like it would wind up being disassembled for the
remaining usable parts and then scrapped. However, the Newtown Square Railroad Museum
had always hoped to obtain a trolley car like the ones that had run through Newtown Square,
and some members from the museum who owned it and members of other museums, knowing
that the car would never run again and that Newtown Square had no need of a car that could run
helped facilitate having the structure donated to Newtown Square to become a static display,
making it the only one of the surviving cars which was able to be visited where it used to run.

While the Newtown Square Railroad Museum would have loved to get out the paint and put the
car back in the maroon and cream with silver lettering that many Delaware County residents can
still remember, there was a lot of stabilizing and preservation work to be done first. The roof
(which originally consisted of a canvas-covered wood) and wooden doors were deteriorated
beyond repair. Several windows were broken and the safety glass needed to be replaced. There
were significant amounts of rust to be treated. Some said “make it look nice” first, but the
museum knew that things which few would appreciate needed to happen before anything else.

First, the museum solicited help from the Friends of Philadelphia Trolleys, a group of volunteers
dedicated to Philadelphia streetcar preservation assistance. They had helped in facilitating the
donation of the car and its relocation, and now assisted with developing a “restoration plan” to
help guide the work necessary based on their experience with similar projects. With this
information the Newtown Square Railroad Museum was ready to begin the long-term project of
restoring PST #23. 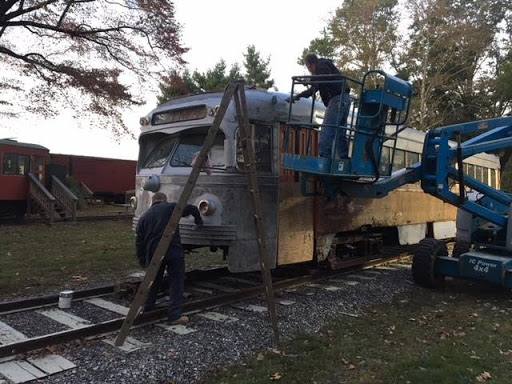 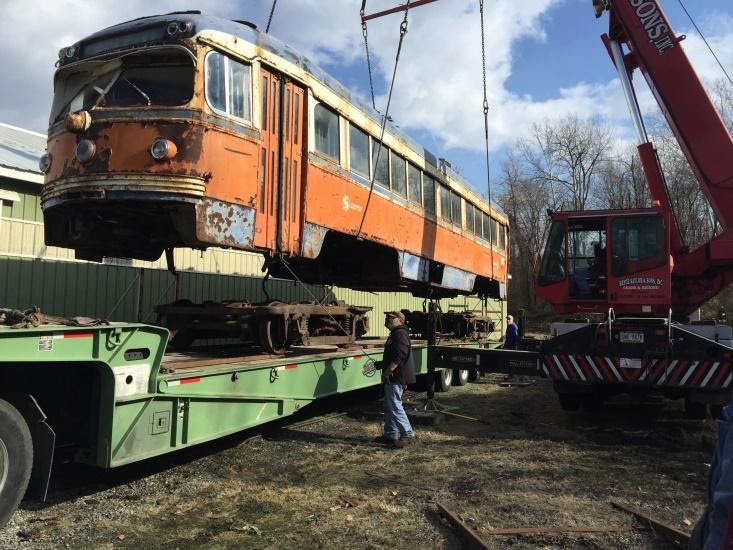 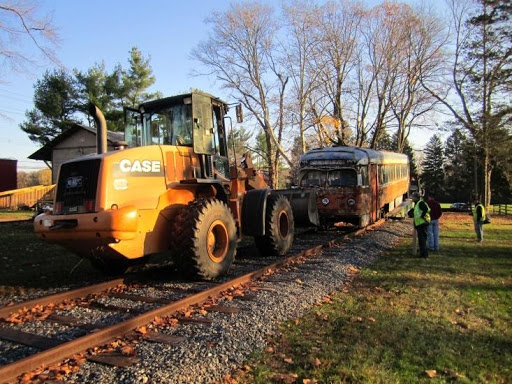