Research and Beginning the Work

Significant research was done on the history

of the design, building, and operation of this car. This included correspondence with the Washington University Archives in St Louis, MO (who had inherited the St Louis Car Company archives) and the archives at Underwriters Laboratories (who had inspected the electrical systems at the time of construction). Both were extremely helpful in researching information.

In-person visits were made to Hagley Museum Archives in Wilmington, DE. (who had inherited
some of the Red Arrow and SEPTA files), the Pennsylvania Trolley Museum in Washington, PA
(who has two of #23’s sister cars and restored one based on their own research) and the Shore
Line Trolley Museum in East Haven, CT (who had three of the other “sister” cars in storage).

At both museums a lot of time was spent studying their cars which were in various stages of
assembly to see exactly how things were put together – information which became invaluable.

ROOF and METAL WORK - The roof work had several facets. First, the exterior metal work was
done by Ace &amp; Sons in Lansdowne, during which rust was removed and the area was painted in a rust-inhibitive primer. While doing that, it was decided to do the same treatment on the two car
ends while the equipment was on site, and the results were excellent. The metal underneath
was in good condition, and the rust was primarily superficial. Even the “gutters” along the roof
line cleaned up well and are now operational again. While there were absolutely areas where
body work would be necessary, it was far less than was expected – the car was well built and the
original metal has held up remarkably well. The sides of the car are a separate, future project.

Following that metal preparation, E&M Property Services in Drexel Hill went to work. Hundreds
of rusted bolts which had held the original roof in place were cut off and removed. The car struts
were then cleaned, treated with rust inhibitor and painted. Sheet metal strips were attached to
the car struts for additional support and new marine-grade plywood was then installed. The roof
was then coated with two layers of a roofing material which mimics the appearance of the
original pitch-covered canvas. Also installed were bases for the four roof vents. The metal ends
and sides were then repaired and painted with primer – essentially a huge auto-body restoration.

While this has been explained in two paragraphs, the process of replacing the roof has taken
over 36 months. Limited funds, volunteer time and difficult weather conditions have been
challenging, but never impossible. As of October of 2020, the final roof coating is being
completed and painting of the roof has begun. We will then be ready to install the running
boards, trolley poles and hooks, and roof vents. 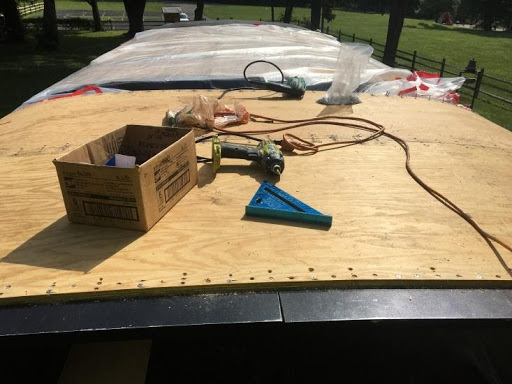 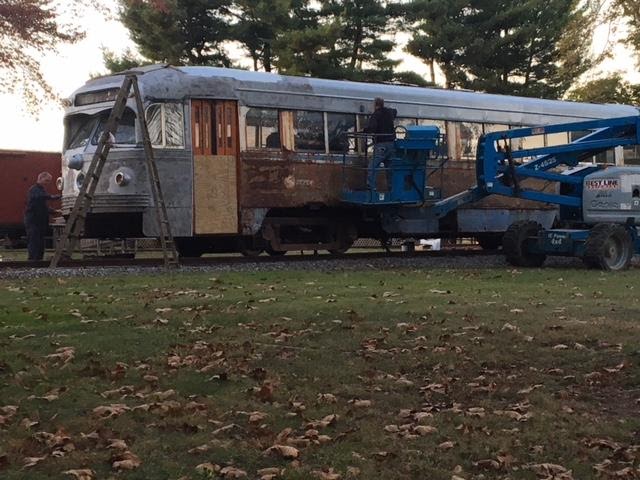 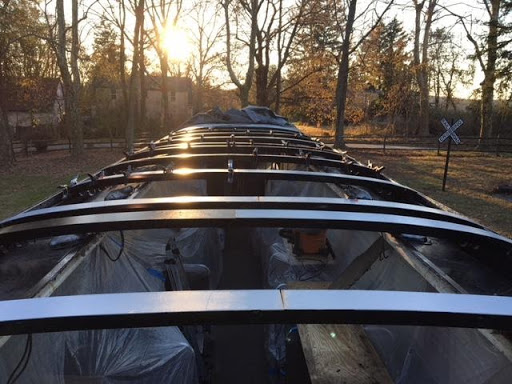