A detail many people remember about these trolley cars

is the “destination sign” that was shown on either end of the car.  They carried the various destinations along the four trolley lines throughout Delaware County, originating from the 69th Street Terminal.

When the trolley line to West Chester was abandoned in 1954, the original canvas signs were cut down and those West Chester Pike stops discarded.  By  1970, following the abandonment of the Ardmore Line in the late 1960’s, the entire roll sign was removed and SEPTA had new ones installed with the remaining two trolley lines only.

A few of these original canvas signs survived that still had the Media, Sharon Hill and Ardmore stops on them.  The museum was able to obtain one, and using that sign and the historical research that was done, the missing “West Chester” stops are gradually being re-created with the help of local company  Pegasus Print & Copy Center in Broomall.

Image from the Archives of the St Louis Car Company, Maintained by Washington University and used with Permission 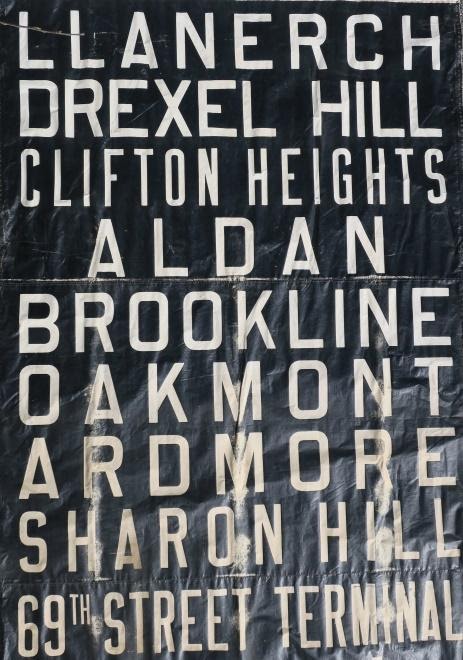 The font used was unique and no sign shop has found the exact one.  When originally made, large letters were placed on the canvas spelling out the destination location and painted around creating the roll sign.  The original sign is being scanned and digitally cleaned up, and the letters from the surviving stops being used to accurately and correctly recreate the missing West Chester Pike stops to be displayed when the car is done.  Although some would consider the font and size insignificant details, the museum wants to take the time to ensure that every detail of this restored trolley is “correct” from when Red Arrow Trolley Car #23 first sat a short distance from where it sits now.

70 years may have passed, but the Newtown Square Railroad Museum knows that it is worth the effort and additional time to do this restoration right.  We are fortunate to have businesses like Pegasus Print & Copy Center who have this level of expertise and have been kind enough to give their time and talent to such a project. 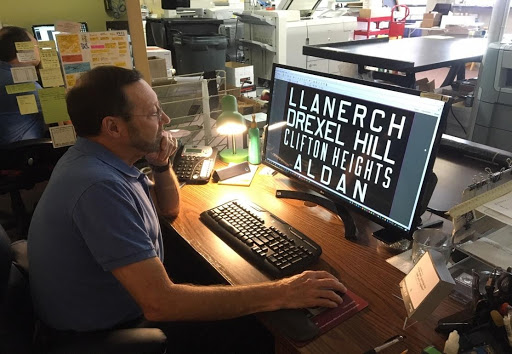 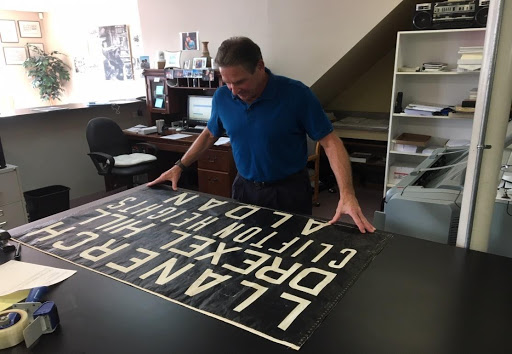