The Trolley Car That Ran Through

The West Chester line was a popular trolley route

connecting the western edge of Philadelphia (69th Street) to West Chester. In service since the 1890’s, the trolley helped provide for communication and growth to the farms and communities in the countryside west of Philadelphia. Newtown Square was an important hub along that line, with several car stops along the way through town.

When the Red Arrow Lines (also known as the Philadelphia Suburban Transportation Company) needed additional modern equipment to handle the post-World War II population growth in Philadelphia's western suburbs it turned to the St. Louis Car Company. The fourteen cars they supplied in 1949 were quite advanced for the day, were fast and powerful, and were perfectly designed for the run between Philadelphia and West Chester. The picture below shows our Car #23 pulling into the St. Albans Siding, next to where the ACME shopping center is now. The trolley cars were well built and ran in regular service with the Red Arrow and later with SEPTA until 1982 – twice as long as they were designed to last.

Unfortunately, the pressure to widen West Chester Pike to allow for more cars and trucks eventually doomed the trolley line. With no realistic options to relocate the tracks, the trolley line was abandoned in June of 1954 so the road could be widened. It is interesting how the trolley helped build the area and then became a victim of its own success. With the effects of traffic congestion and pollution in subsequent years, many wish that the trolley was still present along West Chester Pike as a public transportation alternative.

The last run of a trolley car along West Chester Pike was on June 6, 1954. However, on November 13, 2015 Saint Louis Car #23 made one final run down West Chester Pike in the early hours of the morning as it was delivered to the Newtown Square Pennsylvania Railroad Museum. How appropriate that #23 resides at the museum located at Drexel Lodge Park, as Drexel Lodge was a trolley car stop along the original West Chester line. One of only six such cars still in existence, #23 is the only one that can be visited where it used to run. It will take a lot of time, talent and resources to restore #23 to her original condition, but preservation and restoration is something that the people of Newtown Square have come together to do time and time again. Please contact the Newtown Square Railroad Museum if you would like to help.

Continue reading about the Restoration of Red Arrow Trolley #23 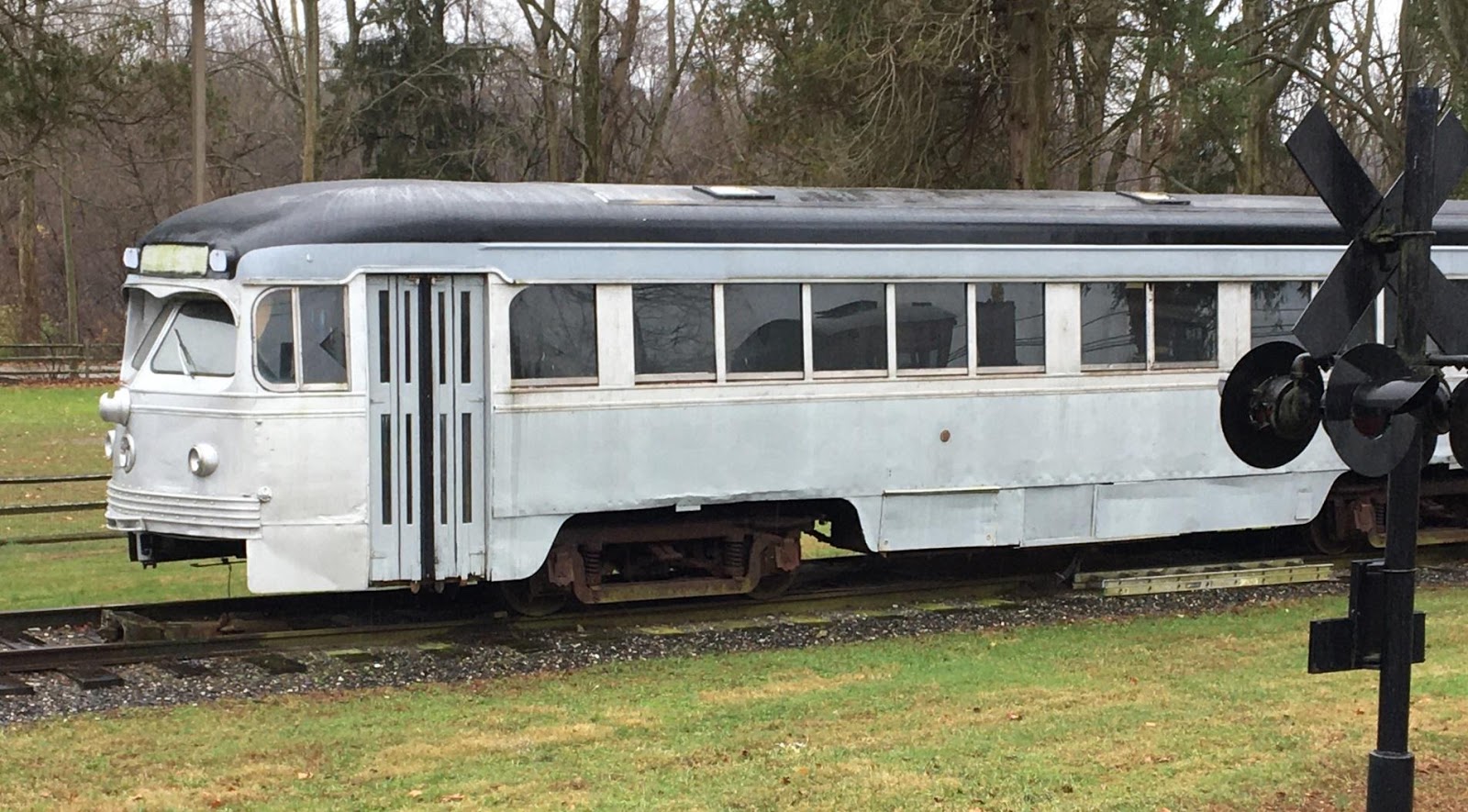